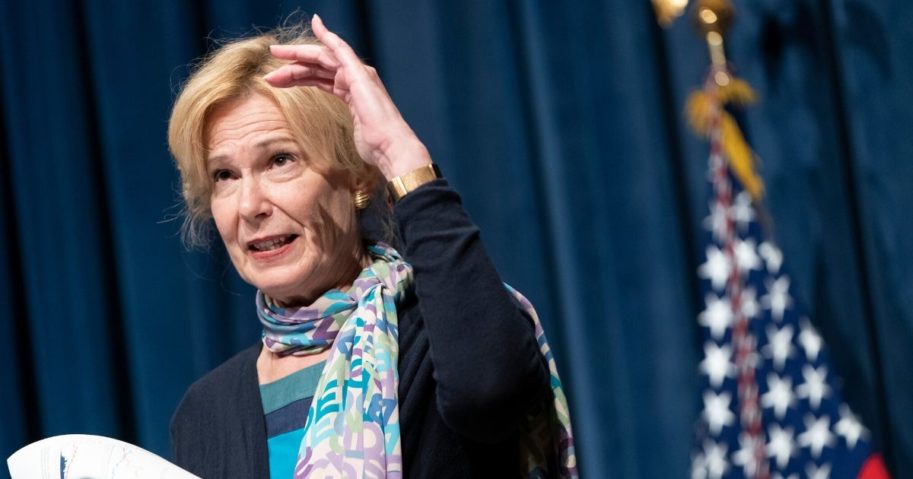 The Democrats want, above all else, for Trump to be defeated. Part of their plan is to so paralyze the country with fear of the virus as to delay any economic recovery until after election day.

Right now, the glass can be seen as half-full or half-empty. Virus deaths are down sharply while new cases and hospitalizations, particularly in states that never really closed down during the initial outbreak, are up.

The Trump administration says that the increase in cases is being driven by an increase in testing and points out that a disproportionate portion of those who test positive are younger people, not likely to die of the disease. For them, it is more like a severe case of the ordinary flu.

The editorial board of Issues & Insights, composed of a spinoff of former writers for Investors Business Daily, feeds the narrative that the media is overplaying the virus’ comeback to trip up Trump.

The board writes, “The key gauge to watch is deaths [from COVID-19]. They’ve been falling since April, and there’s strong reason to believe they’re lower than the official count suggests.”

Liberals counter that deaths are a lagging indicator since new infections take two weeks to be manifest and even long to be fatal.

The Goldman-Sachs state-level tracker shows that the number of coronavirus tests has increased by 23 percent in two weeks, but the number of positive results is up by just 6.2 percent. In that period, deaths are down by 12 percent.

As the I & I board writes, “The CDC’s own estimate for what’s called the Infection Fatality Rate (IFR), made early this month, is about 0.26%. The regular flu, by comparison, has an IFR of about 0.1%.”

The I & I editorial also sails against the prevailing wind by saying that the official death rate may be itself overblown with many deaths reported to be due to the virus that are caused partially or entirely by something else.

Do you think the media is promoting fear about the coronavirus pandemic?

There is, of course, a financial incentive for health care institutions to attribute deaths to the virus since Medicare offers a 20 percent premium for COVID-19 patients.

According to I & I, economist John Lott Jr. and Dr. Timothy Craig Allen, governor of the College of American Pathologists, reported that this financial incentive causes “[s]ome doctors feel pressure from hospitals to list deaths as due to the coronavirus, even when they don’t believe that is the case, ‘to make it look a little bit worse than it is.’”

In Minnesota in late May, of 741 deaths attributed to COVID-19, only 41 listed the virus as a “primary cause.” I & I noted, “By that standard, George Floyd, who died in police custody and tested positive for the Wuhan coronavirus, could have been counted as a COVID-19 fatality had his death not been so well publicized.”

In New York, when 10,000 fatalities were reported in May, The New York Times revealed that “3,700 additional people who were presumed to have died of the coronavirus … had never tested positive,” according to I & I.

Indeed, five people said to have died of the virus in Washington state really succumbed to gunshot wounds.

So are we witnessing a second wave of the virus or just a media-induced panic? We will know more in a few weeks when we see if the death toll rises in delayed synchronicity with the rise in new cases.

It may be that a great many of the new cases are among young people who will recover quickly or that newer therapeutic procedures can prevent their deaths. Perhaps we will find ourselves closing everything down when our real viral enemy is no worse than a bad flu epidemic. Or not? We’ll see.

The views expressed in this opinion article are those of their author and are not necessarily either shared or endorsed by the owners of this website.

We are committed to truth and accuracy in all of our journalism. Read our editorial standards.

St. Louis Protesters Clash with Catholics in Fight To Tear Down Statue of City’s Namesake

Planes Collide in Midair Over Idaho: ‘It Is Believed There Are No Survivors’