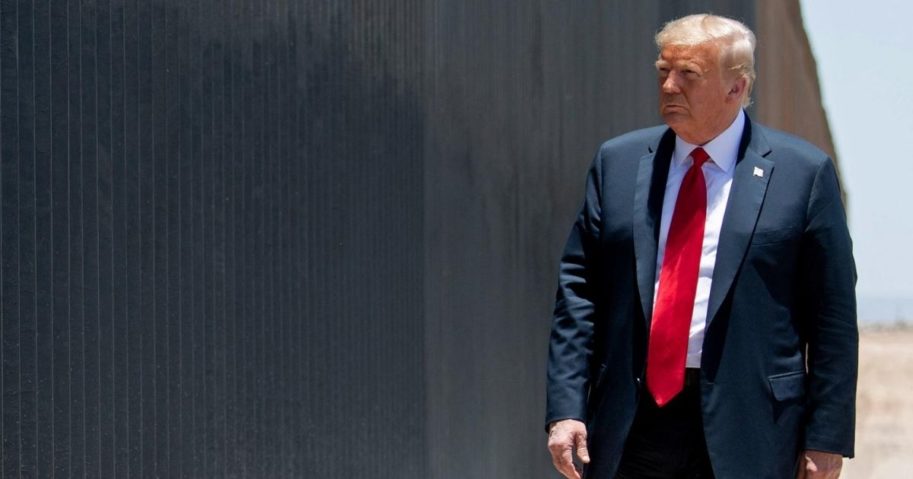 The Supreme Court declined by a 5-4 vote on Friday to halt the construction of portions of the border wall following a recent lower court ruling that the administration improperly diverted money to the project.

The court’s four liberal justices dissented, saying they would have prohibited construction after a federal appeals court ruled in June that the administration had illegally sidestepped Congress in transferring the Defense Department funds.

“The Court’s decision to let construction continue nevertheless I fear, may operate, in effect, as a final judgment,” Justice Stephen Breyer wrote in a brief dissent for the four liberals.

Friday’s order means the court is not likely to consider the issue until after the November election, while work on the wall continues.

Last summer, at an earlier stage in the case, the justices also split 5-4 to allow the administration to begin construction using $2.5 billion in Defense Department funds.

That allowed President Donald Trump to make progress on a major 2016 campaign promise.

The administration wanted to use the money to replace a total of 129 miles of rundown or outdated fencing in New Mexico, Arizona and California.

As of mid-July, 92 miles have been completed, according to U.S. Customs and Border Protection.

Following the latest appeals court ruling, the wall’s challengers returned to the high court to ask that construction be halted.

Do you agree with the Supreme Court’s decision?

The Trump administration opposed the request and said it would file paperwork in August asking the Supreme Court to hear arguments in the case.

The Supreme Court is on break for the summer but does act on certain pressing items. It will begin hearing cases again in October.

We are committed to truth and accuracy in all of our journalism. Read our editorial standards.

Catching COVID in This California County Could Earn Residents $1,250